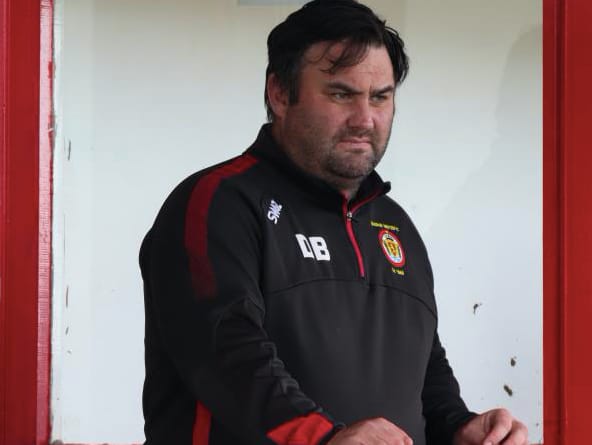 Dane Bunney, who has been sacked as Saltash United manager (Daz Hands Photography )

Saltash United manager Dane Bunney has revealed he has been sensationally sacked by the club, despite securing a fourth-place finish in their first season back in the Toolstation Western League Premier Division.

Bunney received the news on Thursday night and immediately took to Twitter to express his sadness.

He wrote: “I’m sad and utterly shocked to announce that, despite leading the club to a fourth place finish in their first season back in the Western League, tonight I have been sacked in my position as manager of Saltash United, after being told that results were no longer the be all and end all.

“I’d like to thank Matt Cusack for bringing me to the club in 2015 and the many good friends I made along the way - too many to name, but good examples of these would be the great Colin Phillips and Brian Pinkham.

“In 2020 I was proudly announced as manager after five years of being number two (to Matt), and despite my first season being hit by COVID, I was proud to guide the club to its longest FA Cup run since the early 1990’s and being joint top of the Peninsula League Premier West table when the season was curtailed, which was enough to see us promoted to the Western League.

“I’d like to wish the players all the best. They have been brilliant and I can’t thank them enough.”

Bunney also guided the club to the Cornwall Senior Cup semi-finals this season, where they lost to Wendron United.

At the time of writing, the club had not made an official statement on the matter.