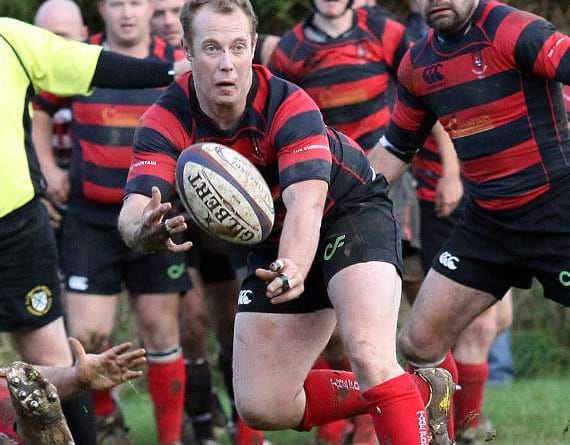 LISKEARD-LOOE back rower Lewis Elliott has been named as the new player-coach of the Lions, taking over from Neil Bayliss, who stepped down last month after four years as head coach, writes Nigel Walrond.

Club chairman Phil Mutton said: “Lewis has been with new club since he joined as a youngster in the mini junior section.

“It is his first coaching role but he has been a successful captain and has run the second XV for the last couple of years where they have won the Armada League on both occasions.

“He will be drawing on the wealth of experience within the club to help.”

Fellow back rower Nathan Wills has been named as first XV captain for the 2021-22 season.

Mutton added: “He is also a product of the club’s successful mini-junior section and has experience captaining teams through various age groups.

“I will be continuing as first XV team manager but have brought in an assistant to help in Stewart Patten.

“I would like to wish all of them success for the upcoming season and a reminder that preseason starts on June 29 at 6.45pm on the main pitch.

Meanwhile, the club are holding their AGM in the Rugby Bar on July 5 at 7pm for a 7.30pm start.

During the meeting there will be an election of officers for the forthcoming season.

There is a nomination sheet for these roles on the noticeboard at Liskeard Sports Club, but nominations can also be emailed with a proposer and seconder to

Chairman Mutton and vice-chairman Simon Cassidy have now completed their three years in office, and as there was no AGM last year to elect a president, that role is also up for election.

The following roles are also up for election, but the officers in place are willing to carry on for another season.

The club have also appealed to people who are using their training pitch for drinking not to do so.

In a Facebook message, the club said: “Broken glass had to be picked up last weekend from all over the car park and pitch so someone didn’t fall on it and cause themselves a serious injury.

“We are working hard to make the pitches nice and a lot of hard work has been put in by volunteers to get it like it is, just for some idiots to break glass on it.”