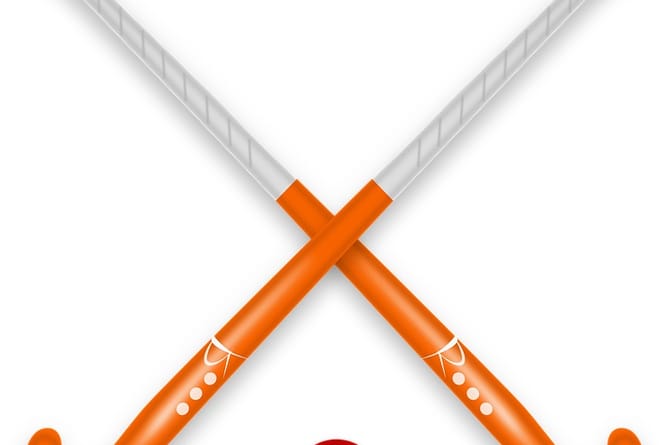 Caradon played Newquay in what was a very entertaining semi-final and clinched their place in the final with a 3-2 win.

For the first time this season, Caradon were underdogs as Newquay finished mid-table in the league above.

Caradon had their game plan set and took the lead within 10 minutes when top goal scorer, Bizzie Dinnis, finished from close range after a good penalty corner combination with Molly Walsh.

The goal seemed to stun Newquay and Caradon were enjoying lots of good passing phases of hockey.

Libby Walsh and Saffy Barriball-Cripps played with a maturity beyond their years, and with Beth Harris keeping the shape of the team compact, Newquay could not get out of their half.

Dinnis was hungry for the ball, and drawing defenders towards her meant that Clare Mitchell was left with a clinical finish when Dinnis’ perfect pass found her.

At 2-0 and half-time approaching, Newquay were awarded a penalty flick after a foul on the line which was converted to give hope to the Division One team.

The second half was full of incident. Two green cards and two yellow cards meant Caradon only played at full strength for nearly half of the second half.

Injuries to gallant defenders Amy Batty and Lucie Kay meant the team had to adapt quickly to changing situations, which they did brilliantly.

With 20 minutes to play, Player of the Match Dinnis scored what can only be described as a worldie. Beating numerous players and rounding the keeper led to huge celebrations, but Newquay would not go away and piled the pressure on, desperate to get back into the game.

Two further penalty flicks were awarded, harshly in the travelling spectators’ view. One of these was converted, leaving the game finely balanced, with Caradon giving everything they had to hang on to the win.

Molly Walsh and Mitchell worked tirelessly in the centre of the park, in a performance that can be described as heroic.

Falmouth await in the final where Caradon will again be underdogs, but with a team spirit that this team has, anything is possible.

Caradon Seconds headed to Truro to play Falmouth Thirds in the Cornwall Plate semi-final on Saturday, and despite the opposition being in the league below them, Caradon knew they couldn’t sit back.

However, nerves or under-estimation caught Caradon off guard for the first 10 minutes as loose balls and small mistakes gave Falmouth the first bit of play.

Once they found their groove, however, Caradon were taking shots on goal and testing the keeper.

Short corner chances came and went, but it was open play that got them their first goal, with excellent movement from the midfield and a one-touch pass into the D which found Katie Fear, who tapped in for her first of the day.

They piled on the pressure with even defenders coming up to try for goal, and captain Claire Brown shaving the post with a storming strike.

As half-time loomed, Lauren Gouge was perfectly placed on the post to knock in goal number two right on the whistle to give Caradon a buffer heading for the break. With sub rotations going well, young Kerenza Bunt, making her debut for the seconds, used her skill and speed to run the wing and get into the D, winning another short corner. The routine caused chaos in the circle, with everyone scrapping for the ball until it popped up in the air in front of Helen Manley who brought it down into the goal for a 3-0 lead.

After the restart and another Caradon push, Falmouth managed a quick counter attack and in the melee of trying to clear the ball, it hit a defender’s foot on the line and a penalty flick was awarded and scored.

It was great to see Kirsty Merrin back on the pitch, causing trouble in the midfield with her relentless shifts on the ball. Her skill grabbed herself a goal, quick-stepping the flailing ‘keeper.

Now on cruise control, Caradon were dominating play. Falmouth’s strong forward had minimal chances to get in the D, but recently awarded Seconds’ Player of the Year Lynn Oxenham stood strong with confident kicks and saves.

Being 4-0 up, Caradon were still hungry for goals and Manley got her second of the day. Following a short corner, she found herself in space at the top of the D to strike hard, low and fast into the bottom corner.

It was left to Fear to finish up the game. So close to getting her hat-trick, she made do with two excellent goals on the day, the second a determined drive towards the keeper to slot home.

Caradon Seconds now join Caradon Firsts on finals day in Penzance on April 23 where the Firsts will play Falmouth Firsts in the Cup and the Seconds face fellow Trelawney One opposition Newquay Seconds for the Plate on what promises to be another great club day out.