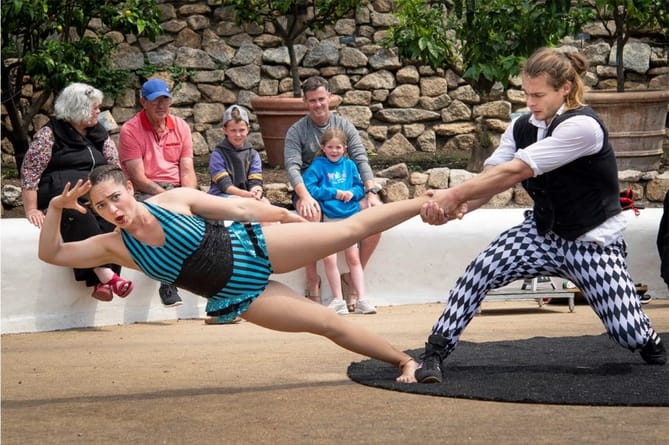 FRIENDS, families and neighbours gathered at the Eden Project for a fun-filled day of music, performance, crafts and games to celebrate the Queen’s Platinum Jubilee.

To mark the special occasion, Eden opened its doors free of charge so that visitors could come and enjoy a day together as part of The Big Jubilee Lunch.

Among the spectacular array of entertainment on offer were Boom Circus with an impressive acrobatic display, interactive shows and stilt performances from Jimmy Juggles, the captivating In a Bubble show and circus tricks with Dr Pandemonious Fish.

In the Core building, craft activities included a giant 3D Paint by Numbers where visitors helped transform a black and white street party scene into a colourful Big Lunch artwork. There was also the opportunity to make Jubilee-themed magnets, create stars with seeds and join in with collaborative bunting-making.

Other opportunities for fun included a series of four games where players learned how to support pollinators, to do chalk drawing, join the Create a Buzz Pollination Trail in Eden’s Outdoor Gardens where visitors discovered fascinating stories about plants and pollinators, and take part in a booklet game designed to seek out bird loving flowers in the Mediterranean Biome.

Despite the mixed weather forecast, several thousand people met at Eden to enjoy their own picnics or special limited Jubilee Picnic Boxes prepared freshly by the Eden chefs. 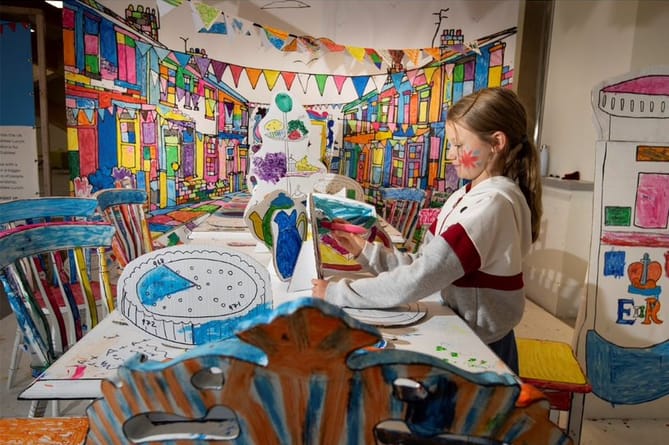 Si Bellamy OBE, Chief Activation Officer of the Eden Project, said: “What a fantastic day of bringing people together at Eden, around the county and beyond. As the home of the Big Lunch we feel incredibly proud to be able to play our part in celebrating HM The Queen’s Platinum Jubilee and to commemorate her 70 years of devoted service.

“At Eden, we pride ourselves on bringing people together across the community. It has been heart-warming to see such a gathering here with joy and celebration in Her Majesty’s honour. It has been a day to remember.”

Joining in the community celebrations was local resident Ian Toogood-Johnson who, together with his wife Michelle, arranged for a group of 120 visitors comprising Ukrainian refugee families and their host families to come together, make connections with one another and soak up the festivities at The Big Jubilee Lunch at Eden.

Ian and his wife Michelle have been helping match Ukrainian families coming into the UK with host families in Cornwall, creating an online Facebook community where all are able to support one another.

Ian said: “It’s important to bring everyone together as a community. It’s not just about St Austell, it’s not just about Britain, we’re all one big family worldwide. The Ukrainians really need our support and St Austell and the surrounding areas have opened up their hearts and homes to them and this is a way of saying thank you and welcome to our area.”

The Big Lunch is an idea from the Eden Project, made possible by The National Lottery. It is the UK’s largest annual celebration for neighbours and communities that every June invites millions of people to stop what they’re doing and get together in a nationwide act of community, friendship and fun.

This year, The Big Jubilee Lunch was an official part of Her Majesty The Queen’s special Platinum Jubilee celebrations. In total, over 200,000 events were scheduled to take place over the Bank Holiday weekend in communities across the UK with more than 12 million people expected to have participated in street parties, BBQs and picnics.

Among a multitude of events taking place in communities across Cornwall was Lostwithiel Community Centre, adorned with bunting and paperchains handmade by local children over half-term, playing host to a picnic celebration which saw 22 tables dressed for the jubilee and entertainment in the form of live music.