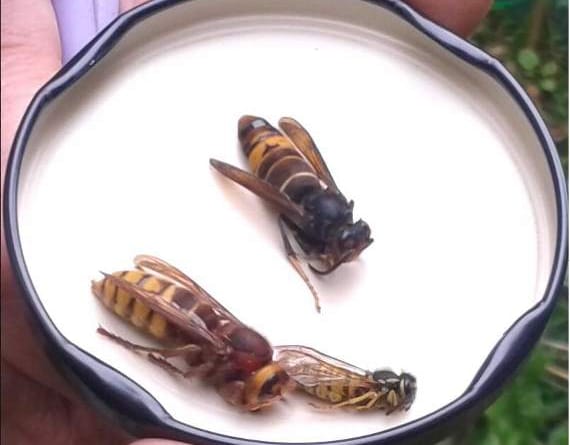 AN ASIAN hornet sighting has been confirmed in the Liskeard area - and beekeepers are being urged to stay vigilant.

Earlier this month a nest of Asian hornets was destroyed in Fowey, and inspectors from the National Bee Unit have now shifted their attention to monitor the east of the county.

The Asian hornet has a sting no worse than that of a bee or wasp and is not considered dangerous to humans. But as a voracious predator of native British bees and wasps, it would pose a serious threat to the ecosystem if allowed to invade, said Colin Burrough of the Liskeard Beekeeping group.

‘An Asian hornet was found in an apiary belonging to one of our members, in a wasp trap she had set,’ he said.

Restart Scheme to support thousands of people to find work

RHS urges be smart with your watering

‘That was five days ago, and inspectors who set traps in the vicinity haven’t found any more Asian hornets as yet in Liskeard. The one they have identified is male. The males have a larger range than the females and it’s possible that this one could have flown with the wind from Fowey.’

Colin is encouraging members of the general public to get to know what Asian hornets look like, and learn the key differences that mark them out from European hornets and wasps.

The Asian hornet is smaller and darker than its European counterpart, with a dark head. It has just one main band of yellow across its body, and yellow legs.

The Department for Environment Food and Rural Affairs (Defra) has created an Asian Hornet Watch app and people can also report sightings by email to [email protected].