Huge fire on Rosenannon Downs could be seen for miles 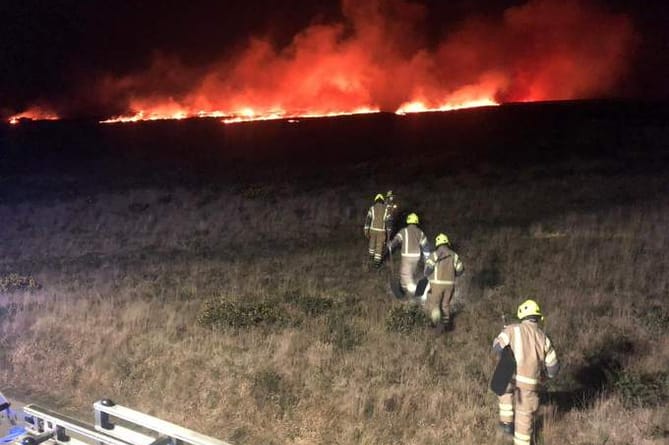 A huge fire which broke out on Rosenannon Downs near Bodmin could be seen for miles across the Cornwall skyline.Dozens of firefighters from across the county were at the scene.

Cornwall Fire and Rescue Service said fire crews were sent from Wadebridge, Bodmin, Padstow and St Columb.They had to use 4x4 vehicles to carry equipment to the scene of the blaze.On Twitter the fire service Tweeted: "We are currently in attendance at a large fire on Rosenannon Downs, which can be seen from as far as Indian Queens!"They later added: "UPDATE: 2155hrs - Crews are working hard to extinguish a large fire front. Good progress is being made and its expected that appliances will be returning home in a short time..."Wadebridge Community Fire team said there were six major fire appliances and four light 4x4 vehicles on the scene.