In this week's 12-page sports pullout! 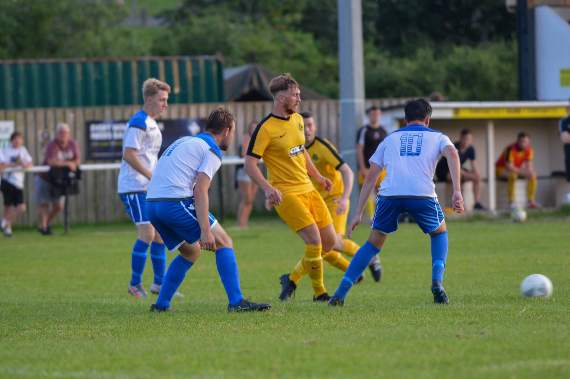 Saltash United warmed up for their Western League opener this Saturday at home to Tavistock with a 1-0 win over SWPL Premier East side Holsworthy.

Torpoint Athletic were in action twice in recent days – securing a 3-3 draw at local rivals Millbrook – before falling to a 4-1 defeat to visiting Camelford.

In the cricket, Callington returned to action after two Saturday’s of COVID-19 cancellations with a 147-run thrashing of bottom side Grampound Road in the ECB Cornwall Premier Division.

In Division One, Lanhydrock were well beaten at home to Hayle, while in Division Two East, relegation battlers Tideford were narrowly edged out at home to Roche, and Menheniot-Looe were easily beaten at Bude.

Liskeard are now top of the Division Five East table ahead of Saturday’s trip to in-form Pencarrow, following an easy eight-wicket victory over Newquay thirds.

Elsewhere three members of TT Taekwondo of Callington achieved their junior black belts, there’s a special focus on Looe Pioneers running club as well as the usual reports and results from the local golf, bowls, and sailing scene.