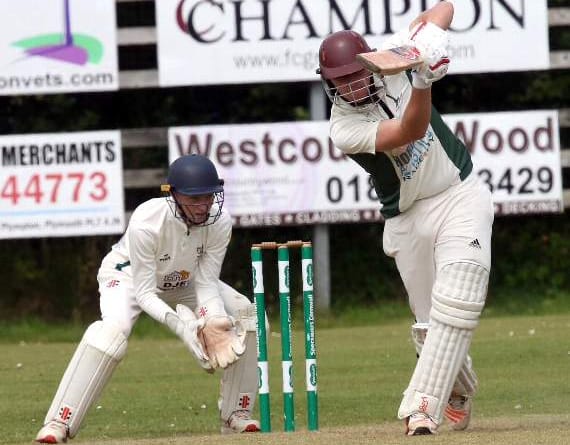 Alex Mortimore, called up from the second team to replace opening bowler Sam Pengelly, made 49 from number nine at St Just on Saturday. Picture: Glen Rogers

In this week’s 12-page Cornish Times sports pullout, there’s lots to get stuck into.

There’s reports and reaction from last week’s midweek Western League offerings as Millbrook welcomed West Cornwall side Mousehole and the big game at Kellaway Park as Saltash United headed down to Helston Athletic.

The first Saturday of the new South West Peninsula League took place at the weekend.

In Premier East, hotly-tipped Torpoint Athletic visited Okehampton Argyle and came away with a 3-0 win, while in Premier West, Bodmin beat Callington Town 3-1 at Priory Park, Liskeard Athletic edged out Newquay at Lux Park (2-1) and Dobwalls lost 2-0 at Camelford.

In the Cornwall Cricket League, the weather wiped out most of the programme, especially in the east.

But it was dry down at St Just who beat Callington by eight wickets in the ECB Cornwall Premier League.

There’s also the latest news from the local golf clubs as well as the sailing at Looe, and the bowls scene, plus more!