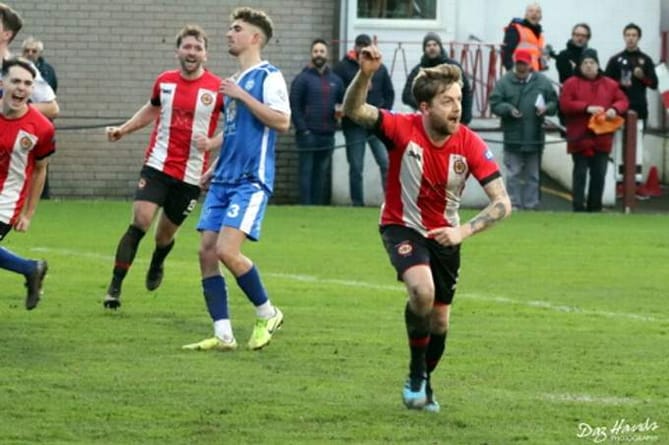 THE dream Cornwall Senior Cup final being Saltash United and Falmouth Town remains a possibility after they were kept apart in the semi-final draw made earlier today.

The clubs who have faced off plenty of times over the years and are set to meet in the Western League Premier Division again next year provided Town, as expected, secure promotion from South West Peninsula League Premier West, reached the last four on Saturday with the Ashes edging past league rivals Helston Athletic 2-1, while Falmouth were 4-0 winners at fellow Premier West side Newquay.

Dobwalls pulled off a superb 4-2 victory over in-form Western League Millbrook on Saturday and despite Town having won all 18 games in the league, will quietly fancy their chances of an upset.

Wendron, like the Dingos, are a small village club punching well above their weight and reached the semi-finals with a 2-1 victory over Sticker.

Michael O’Neill’s men are sixth in SWPL Premier West and, like Dobwalls, score plenty of goals.

Both ties, set for March 15 and 16, will be played at neutral grounds with the venues to be confirmed in the coming days.

The semi-finals in the Intermediate Cup which will be played on April 26 and 27 see Illogan welcome Mullion and Hayle entertain Truro City Reserves.

There are several sides from the east of the county still in the hat for the quarter-finals of the Junior Cup although two fourth-round ties are yet to be played.

North Petherwin’s reward for winning 6-1 at St Cleer Reserves is a difficult clash at Foxhole Stars Reserves who are running away with the Duchy Two title.

Elsewhere, Polperro Reserves will make the long trip to St Just if they can beat their Rosudgeon counterparts on February 5.

Dobwalls Reserves will fancy their chances of getting past struggling Tregrehan Mills this weekend, but Duchy One leaders Nanpean Rovers await in the last eight.

The other tie is an all West Cornwall clash between Wendron United Fourths and Illogan RBL Reserves.

The quarter-finals will be played on February 12.