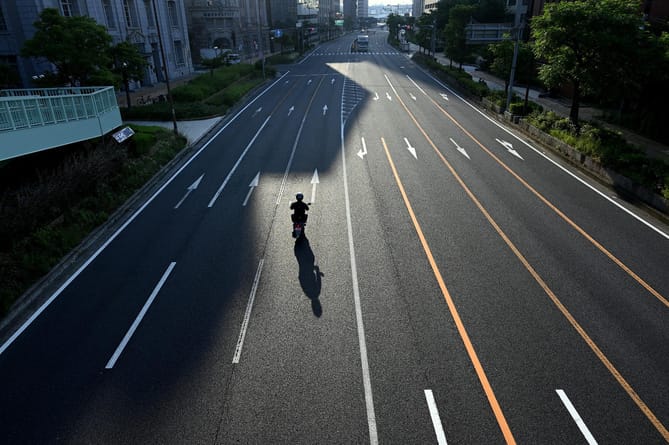 New data from the Major Trauma Group reveals that Plymouth is the city where people have been most involved in a near miss accident with a motorcyclist nationwide, with over a third (39%) of people agreeing that they have been involved in such an accident.

Road casualties rise in Cornwall – but still lower than before pandemic

A quarter of people (25%) in the South West more widely are frequently involved in near-miss accidents with a motorcyclist, which is significantly higher than the national average of 13%. Shockingly 0% of people in Plymouth agree that they would feel safe driving a motorcycle, recognising that the roads are dangerous for motorcycle users and only one in ten (10%) people in the entire South West would feel safe doing so.

It is therefore unsurprising that just half (52%) of Plymouth residents agree that they are taught enough about cyclist and motorcyclist safety. This stance is backed up by motorcyclists themselves as internal British Biker Relief Foundation member polling found that 93% of motorcyclists nationally do not believe that other road users are properly educated on the rules around motorcycle users. A further 85% of motorcyclists believe that the inclusion of a motorbike component within the regular car and van driving test criteria would be beneficial to all road users.

Following Government updates to the Highway Code prioritising vulnerable road users such as motorcyclists and cyclists, the Major Trauma Group and charitable organisation, the British Biker Relief Foundation, are campaigning to have a compulsory motorcycle safety component added to the driving theory test to reduce the number of serious injuries caused on the road.