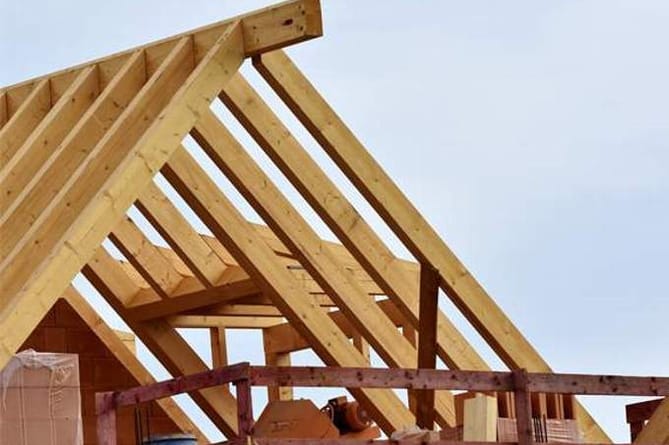 A pre-planning application has been submitted for advice on the project. (Picture: Pixabay )

THE former offices of a disgraced solicitor and an area of “wasteland” behind it could be turned into up to 28 new homes.

Pre-planning application documents have been submitted for George Place and adjacent land in the town centre of Callington.

The initial response of the planning officer reviewing the project is that while it’s acceptable in principle, the plans as they stand would represent an “overdevelopment” of the site.

George Place on Haye Road, built in around 1850,  is described as “once the property of a well-heeled professional”  and was occupied by the Mason family up until the 1940s. After multiple occupancies post-WW2, the building became the offices of Bright, Broad and Skinnard solicitors: the firm was closed down in 2019 when Nicholas Skinnard was struck off the professional register.

The property since then has been redundant, say agents Guilfoyle Architecture, and “an invasive species of ivy now covers the front of the building and has begun to encroach the interior”. Also forming part of the application site is a “much maligned 20th Century bungalow” which has mundic block, and the land attached to it.

The agent, who is acting on behalf of owner Mr M Williams, says: “The dwelling is of poor quality and in a poor state of repair and does not positively contribute to Callington’s streetscape or relationship to its neighbours.

“The bungalow is in the ownership of the applicant and forms a crucial part of this application. It is proposed that it be demolished as part of the overall scheme to enable the land beyond to be liberated, so that the land can serve the town in a more positive manner and improve what is currently a wasteland.”

One very important factor in the project is the proximity of St Mary’s Church. Guilfoyle Architecture says that consideration of the church, first consecrated in 1438, has been placed at the centre of the design process.

The agent suggests that opening up the western access to the churchyard through sympathetic development of the neglected land next to it could provide benefits to the community.

“It would appear that the proposed development site has been largely neglected for some decades. The pre-war tennis court and  kitchen gardens have long since disappeared under dense thickets of brambles and ivy. The overgrowth has breached the boundary walls and encroached the churchyard along the entire boundary.

“Visually, and potentially physically, opening up the western boundary of the churchyard would seem to be a positive move all round, as it would add use to this beautiful space and enhance the views to the Church, improve access, security and utility to the space.”

The agent says that they are in discussion with the Rector of St Mary’s, the Rev Joe Lannon.

The plans for the site as they stand so far would include: the demolition of the modern bungalow; the construction of up to 28 homes; the redevelopment and extension of the George Place building to provide 12 flats (included in the 28 homes total); the removal of pebble dash from the walls of George Place and returning the front of the property to a state closer to its original look.

Planning officer George Shirley has given a mixed response to the pre-planning documents.

In his advice, he says: “It is clear that a significant amount of work and thought has gone into this submission, and the ethos and aspiration of an inclusive, social and sustainable neighbourhood within this town centre location is laudable.

“ However, I do believe the layout presented  has failed to properly consider overlooking and impact on neighbouring properties.

“I am concerned that the proposal represents an overdevelopment of the site.”

The officer has suggested that the applicant consider building fewer houses in order to address these concerns.

To view the scheme go to Cornwall Council’s online planning portal and use reference PA22/00463/PREAPP.