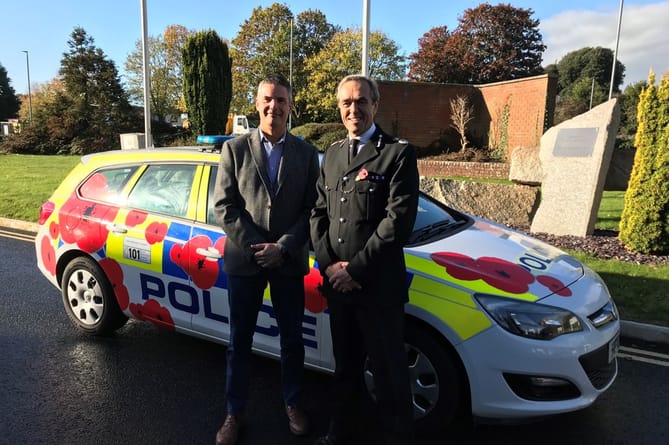 DEVON and Cornwall’s Chief Constable Shaun Sawyer QPM has announced he will be retiring from the force this summer.

He has been Chief Constable in Devon and Cornwall for the past decade.

Andy Berry, Chair of Devon and Cornwall Police Federation, said: “Having spent 29 years in Devon & Cornwall police I have seen several Chief Constables come and go and I have to say that Mr Sawyer brought much needed humanity, pragmatism and inspirational leadership to our force.

“He not only took up his post at a difficult time but has steered us through the ravages of austerity and many other challenges since.  He has perhaps had the best job at the worst of times.

“I have had the privilege of working closely with Mr Sawyer on many issues over my time as Federation Branch Chair and have shared both frank conversations and moments of laughter.

“I have found him to be a man of honour and deep humanity, a man who cares deeply about his officers and staff and one who I could see often wore, uncomfortably, the difficult decisions he had to make as the leader of a huge complex organisation. It certainly has been an honour to serve under him and to have had the opportunity to work with him.

“I honestly believe that he has been good for our force, for my members and the residents and visitors to our two counties.

“Personally, I will miss him and can only hope that he spends at least some of his time in retirement putting a bit more effort into his cycling!”

Mr Sawyer said: "It has been an honour to be a member of the Devon and Cornwall police family and a privilege to be Chief Constable."

He joined the force as deputy chief constable in 2010, coming from the Met Police where he began his service in 1986.

He was appointed temporary Chief Constable in 2012, before taking on the role permanently the following year.