The average car owner in Cornwall could face an annual rise of almost £300 in the cost of petrol as living costs mount, analysis suggests.
By Andrew Dowdeswell
Tuesday 14th June 2022 12:33 pm
Share 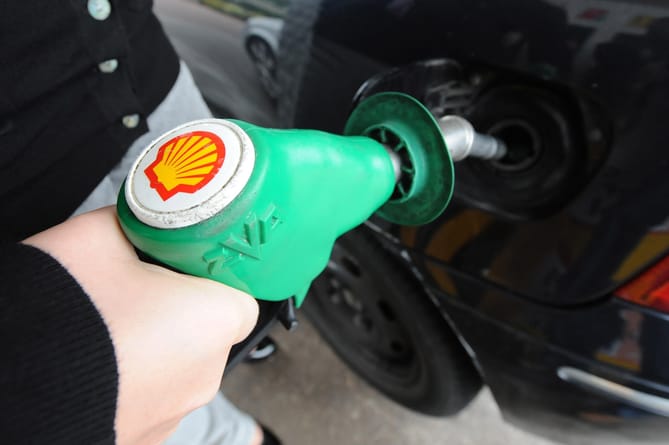 The average car owner in Cornwall could face an annual rise of almost £300 in the cost of petrol as living costs mount, analysis suggests.

The AA said soaring prices, which have topped more than 200 pence per litre at some forecourts, have seen some motorists swap their fuel-powered cars for electric alternatives, while others on lower incomes have had to sell their cars entirely.

On average, the cost of a litre of petrol in Cornwall stood at £1.87 over the four days to June 14, according to figures from petrolprices.com – up 43% from £1.31 over a week in early June last year.

Department for Transport figures show the average annual mileage of a car driver in the South West was 3,956 miles in 2018-19 – the latest figures before the onset of the coronavirus pandemic, which significantly impacted travel habits.

At current prices in Cornwall, a driver travelling this distance would spend an average of £933 on filling up a petrol car over the year – up from £652 based on prices in June last year.

Cost figures are based on the average fuel efficiency of petrol and diesel cars determined by research site NimbleFins, which analysed 30 million fuel-ups of more than 800,000 vehicles. Localised figures on average car mileage are not available.

Jack Cousens, head of roads policy at the AA, said a recent AA poll showed that 2% of the poorest car owners will have to sell their vehicle and not replace it as a result.

"Those drivers hit hardest by record petrol and diesel are in low-income households, young drivers trying to make a start in life and rural residents forced to drive much higher mileages than most," added Mr Cousens.

The added mileage for rural drivers is a critical issue for many motorists – an average car owner in London drove just 6.9 miles per trip in 2018-19, compared to 9.1 miles in the East Midlands, according to a DfT survey.

In the South West, the average trip distance before the pandemic was 8.9 miles.

At current petrol prices in Cornwall, a journey of this length would cost an average of £2.10 – compared to £1.47 at the same point last year.

The RAC Foundation said people on lower incomes are hit hardest by price rises at the pumps as they are unable to switch to electric vehicles and often rely on their cars to get to work with no alternative.

Steve Gooding, director of the RAC Foundation, called on Chancellor Rishi Sunak to cut fuel duty again and aid those struggling to fuel their vehicles.

"Only the Chancellor can realistically ease the burden on domestic budgets by stepping in and sharing some of the windfall VAT profits he has been making from sky-high pump prices with those who’ve been having to pay them, the driving public," said Mr Gooding.

The Treasury said it has protected the 8 million most vulnerable households with £1,200 of direct payments this year.

A spokesperson said: "Through our £37 billion support package, we are also saving the typical employee over £330 a year through a tax cut in July, allowing people on Universal Credit to keep £1,000 more of what they earn and cutting fuel duty by 5p, saving a typical family £100."

"There has been no ‘VAT windfall’ – in March the Office for Budget Responsibility forecasted lower VAT receipts for this year than they did in autumn."