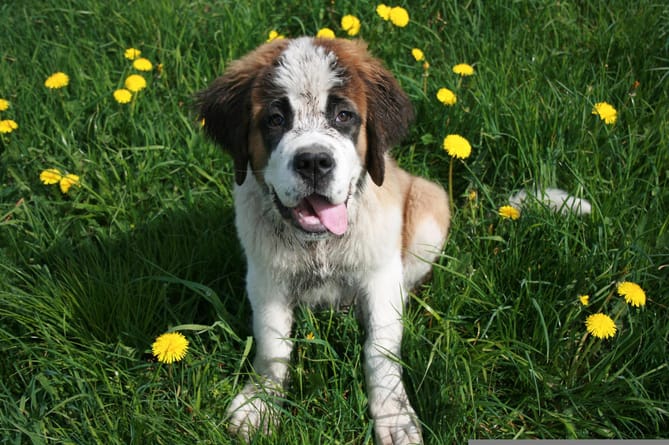 THE applicant behind a rejected proposal to build kennels near Menheniot has said she intends to appeal Cornwall Council’s decision.

The part-retrospective application was refused by a narrow vote at Cornwall’s East planning committee due to concerns over noise and the worry that it could turn into a commercial business.

Claire Litchfield had applied to the local authority for permission to build what were described as domestic kennels and planning officer Shauna Vandermeulen had recommended the project be approved. The committee heard that the applicant wanted to use the facility for the breeding of St Bernard dogs.

Fun time had by all at Rilla Mill Summer Fayre

Stuart Morrissey and his support team arrive at the factory

In January, The Cornish Times reported that local people had formed a residents’ association due to the negative impacts from the presence of the kennels that they said they’d been experiencing since May 2021.

The council added: “It is the belief of parish councillors that the level of breeding is not very small in scale, is not managed as a hobby and so the kennel is not incidental to the dwelling house.

“In coming to this conclusion, councillors have used publicly available information obtained from The Kennel Club which describes the breeding pattern of St Bernard dogs, the volume of breeding that is planned by the applicant and the current selling price for pedigree St Bernard puppies.

Local Cornwall councillor Phil Seeva supported the parish council and said that he had also been approached by several concerned local residents and added: “This is anything but domestic.”

Cllr Seeva said that any conditions placed on approving planning permission to limit the amount of dogs or activity would be “completely unenforceable”. He said: “We are not going to be able to spot whether it is a St Bernard that lives there, or one visiting or my aunt’s niece’s St Bernard.”

But applicant Claire said that the positive comments she had received from some councillors had been underplayed. She said that “one councillor had congratulated her on the high standards provided for her dogs”, that a noise test had been carried out, and that a septic tank would deal with waste product created by the dogs.

She claimed that some of the councillors on the committee “had not understood the difference between domestic and commercial breeding”.