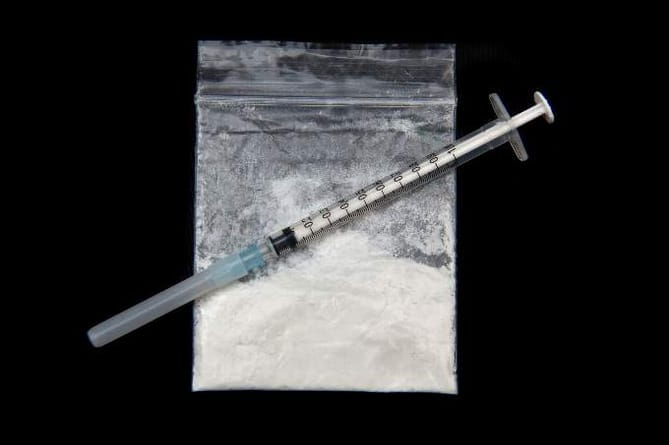 DEVON and Cornwall Police has combined operations with other forces across the region to disrupt networks that supply illegal drugs into the area.

The Devon and Cornwall force is working with the other four police services in the South West (Avon and Somerset, Dorset, Gloucestershire and Wiltshire), and their Police and Crime Commissioners, the South West Regional Organised Crime Unit (ROCU) and British Transport Police, with the support of the Crimestoppers charity, to carry out planned and co-ordinated operations to tackle cross-border County Lines and drug dealing activities.

The title of the joint working initiative is Operation Scorpion and its aim is to work across regional boundaries, just as criminals engaging in drug activity do, and harness these forces’ and organisations’ collective power to disrupt the South West drugs market, dismantling drugs supply networks and arresting those who profit from them.

This involves safeguarding those who are vulnerable, including drug users who will be supported to get the help they need to tackle their addictions, thus reducing demand.

In Devon and Cornwall, the first planned and co-ordinated activity under Operation Scorpion took place during week commencing Monday, March 7, resulting in 20 arrests, the seizure of £35,600 worth of heroin £205,040 of cannabis, £16,000 of cocaine and thousands of pounds in cash.

Safeguarding visits were also carried out with 21 people, which included adults and children.

A force spokesperson said: “This collaborative ‘borderless’ approach will continue in the months ahead, disrupting the South West drugs market, dismantling drugs supply networks and arresting those who profit from drug supply. It also includes safeguarding those who are vulnerable, including drug users who will be supported to get the help they need to tackle their addictions, thus reducing demand. The firm message is that our area is #NoPlaceForDrugs.

“Officers across the region also worked together to monitor and police our road networks, disrupting criminals who use them to access our towns, cities and villages in order to sell drugs and exploit vulnerable people.”

Assistant Chief Constable Julie Fielding said: “This opportunity, to work with our regional partners demonstrates our commitment to ensure that Devon, Cornwall and the Isles of Scilly remain amongst the safest places to live, work and visit in the UK.

“It demonstrates the strength that working together brings in our determination to tackle the harm caused by drugs.

“Those involved in County Lines often target and take advantage of some of the most vulnerable people in our communities, exploiting them for gain.

“Working with Avon and Somerset, Dorset, Gloucestershire and Wiltshire, has enabled us to target some of the areas where those we believe to be involved in drugs activity and organised crime have set up in local communities, causing misery, harm and nuisance, as well as identifying and safeguarding those who are being exploited.

“If you have information that you wish to pass to us about drugs or any other community matters, you can do this in a number of ways, including via the Crimestoppers website, speaking to the local policing team or via any of the means on the force website, 101, email or chat.

“If you are concerned that someone you know is allegedly involved in drugs, you can also reach help through local services such as your GP or local drug treatment services.”

Alison Hernandez, Police and Crime Commissioner for Devon, Cornwall and the Isles of Scilly, said: “Op Scorpion is the first time myself and the other South West Commissioners have worked jointly with all our Chief Constables towards a common aim – making the South West a hostile place for drug dealers.

“This ongoing assault on drugs – from Gloucestershire right down to Land’s End – will see officers working together to track down drug suppliers and county lines operations and put a stop to them. This will be done through intelligence, technology and joint innovation which will hit drug dealers where it hurts. We can’t do it without the help of everyone, so I’m asking for people to anonymously report drug dealing via CrimeStoppers on 0800 555 111.

“But Op Scorpion is also about offering help to those in our families and communities who get caught up in the poisonous web of drugs and addiction. We want to find these people and make sure they are helped to break these damaging habits.

“The message to anyone looking to deal drugs in the South West is clear – don’t. Our community won’t tolerate it anymore. We will find you, we will stop you and you will be punished to the full extent of the law.”