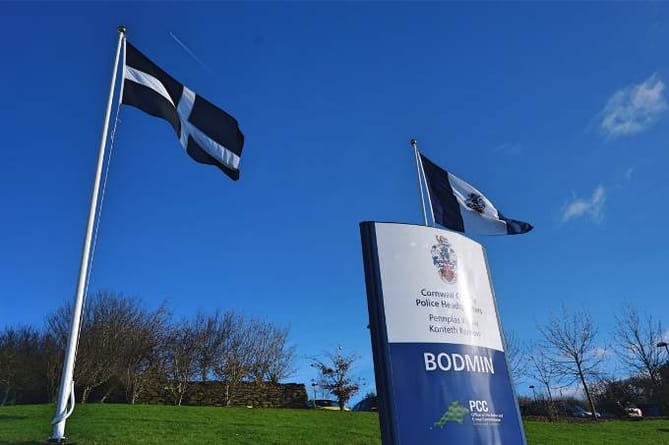 Bodmin Police Hub has had to be closed to all except essential staff today after roofing was damaged by the recent storms. Picture: OPCC

THE Bodmin Police Hub – Devon and Cornwall Police’s headquarters in Cornwall – has had to be closed to the public and most staff today after the high winds from Storms Eunice and Franklin caused some roofing to come off.

An Office for the Devon and Cornwall Police and Crime Commissioner spokesman said: “Unfortunately we have had to close Bodmin Police Station to all but essential members of staff – the public front desk is closed – after some roofing became detached from the building in high winds.

“Our estates team will work to assess the damage and reopen as soon as possible. While it might not look severe we clearly want to make sure the rest of the panels are secure so no one gets hit by a loose one.

“We’ll keep the press and public posted regarding reopening.”

The spokesman added that the Devon and Cornwall Police force’s estate is looked after by the Office of the Police and Crime Commissioner (OPCC) and that is why it was a spokesman for Commissioner Alison Hernandez who was making the announcement about the temporary safety closure.