'End of County Championship would be a travesty' 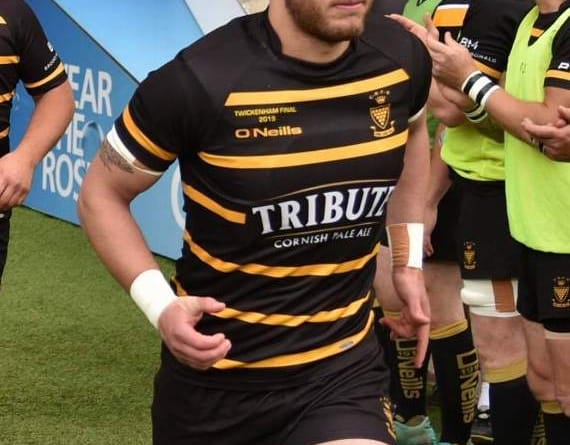 Fraser Honey running out for Cornwall at Twickenham

CORNWALL fly-half Fraser Honey believes it is crucial for rugby’s County Championship to return next season for the good of the game.

The 2020 tournament was cancelled due to the onset of the coronavirus pandemic and the 2021 event went the same way as the RFU battled with a serious financial shortfall caused by the inability to allow crowds to attend internationals at Twickenham due to COVID restrictions.

No announcement has been made yet on the 2022 Championship, though Cornwall are making plans as if there will be one.

I understand they have arranged a warm-up match in April 2022 against a Crawshay’s XV at Camborne to mark the 100th anniversary of the famous invitational touring team.

Former Cornish All Blacks and Plymouth Albion number 10 Honey, who now plays for Redruth in National Two South, said: “I do fear for the future of the County Championship a bit and it would be a travesty if it did disappear.

“It provides a great platform for players who have aspirations to push on and further their rugby careers by playing that standard, and being exposed on that platform is great.

“Not only that, for some players who know they are not probably going to make the step up, it just gives them that opportunity to play at a certain level and it is the pinnacle of their playing careers.

“To the Cornish people, it means not just a lot to the players, but to the supporters as well.

“I have been part of the last two tournaments that have taken place, and it was always something that I targeted that I wanted to do, and it is an extra special tournament that is steeped in history as well.

“I remember my old man telling me about the way international players used to make their way up through by playing for their county, so it would be a shame to see it go.

“I hope it doesn’t, and from a county perspective as well, we need Cornwall to be playing in the County Championship for sure.”

Honey, from Holsworthy, believes it is vital the final of the tournament remains at Twickenham, if the competition does continue, and that there is still a route to playing for England Counties as well, with their summer tour traditionally taking place as soon as the Championship final has been played.

“For me, that is always a target as well,” explained the former England Counties U20 player. “It gives players extra motivation to get onto a tour at the end of it. A lot of players who are in successful County Championship sides go on to good things.”