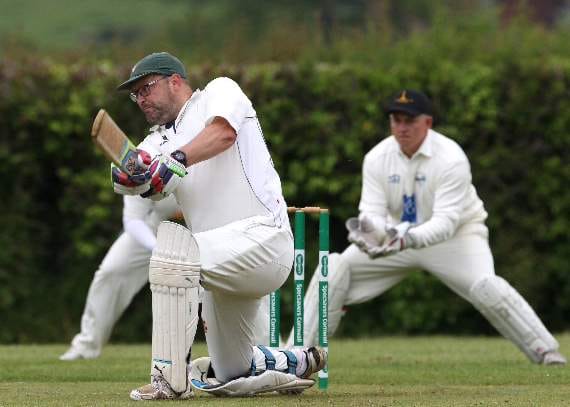 WERRINGTON and Callington have both named unchanged sides from last Saturday as they prepare for week six of the ECB Cornwall Premier League.

Werrington welcome Camborne to Ladycross still looking for their first win of the league season, but due to Grampound Road’s dreadful form since winning Truro on the opening day, they are six points clear of the drop zone.

Last weekend they pushed champions Penzance all the way as it took a late six from former Werrington man Tom Dinnis to give the Penwith club victory.

Camborne arrived having won at second-placed St Just last weekend – a superb result achieved without Somerset professional Lewis Goldsworthy, who is again unlikely to play due to the ongoing T20 Blast.

The Roskear side are currently seventh in a congested mid-table area.

But if Werrington’s batting fires like it did against Penzance when they scored 219, they will fancy their chances of winning. Nick Lawson’s side have picked up the most bowling points out of anyone in the division, despite their league position.

Callington go to Redruth looking for a response after failing to pick up a point at Truro last weekend.

After choosing to bat, Kyle Van Rooyen and Rob Harrison ran through the visiting order as Callington were dismissed for just 51.

Truro then knocked it off inside 17 overs for the loss of one wicket.

The Reds’ strength is their bowling, meaning if Callington can bat better, they will fancy their chances of moving back into the top four.

In County One, Werrington seconds head to Falmouth looking to build on last weekend’s 62-run victory at Lanhydrock.

The North Cornwall side have won four games already, and are firmly in mid-table, meaning there’s no pressure against a side desperate for a return to the top-flight.

They will have to do without experienced all-rounders Mark Hodgson and Nick Ward who are both unavailable, while there is a second team league debut for Cornish All Blacks skipper Lloyd Duke.

Skipper Rob Dymond returns to lead the side from behind the stumps with Simon Bishop dropping back into the thirds. Darren Johns and Dan Warring also come in.

Fal, who were relegated from the Premier in 2019, have never played a league season in the second-tier before, and after a patchy start have found form. They beat previously unbeaten Helston last weekend to go up to third,

They make the long trip down to an in-form Paul side that are fourth in their first season back in County One.

Roche visit having beaten high-flying Grampound Road seconds last time out, and are an outside bet for promotion.

Tideford are second bottom, and they have a test at Grampound Road on Saturday.

Tideford played with just ten at Bude last weekend, and picked up just three points, meaning they are second bottom.

Skipper David Lockett is again short, but is able to call upon three of the nine unavailable from last week, with Dan Robotham, Mike Burnett and Chris Anderson coming in.

Bude make the short trip by their standards to Wadebridge seconds with both sides having designs on being in the promotion picture come September.

Bude are able to name a full-strength side as Matt Hookway (work) comes straight back in to open the batting in place of Matt Whitefield.

Wadebridge are yet to lose at home, and boast an impressive bowling attack to supplement a good batting side.

Tintagel make the trip over to Holsworthy with both sides sitting pretty in mid-table.

Holsworthy have never played in the third-tier and sit sixth with Tintagel, who only took promotion as others refused, are seventh.

Holsworthy skipper Ryan Walter is forced into three changes from last weekend’s ten-wicket victory over St Minver, with himself and Fraser Priest at a wedding, while Rob Mitchell is away.

In come Brendon Harris and Liam Brend, while seam bowler Harrison Palmer, who has played Sunday cricket for Hatherleigh and Petrockstowe, makes a debut.

Tintagel go to Stanhope Park with a near full-strength side minus Geoff Uglow who is a couple of weeks away from returning. Jordan Burnard is back and replaces Martin Seldon in the only change.

They will look to bounce back from a 185-run defeat at Callington last time out.

Launceston have a crucial clash at struggling St Blazey.

The town side pushed high-flying Wadebridge seconds for long spells at Egloshayle Park, but need to put in a complete performance against a side that have won just once all season.

Launceston have won two and lost two of their four completed games with four being rained off, and the other being abandoned.

Menheniot-Looe recorded an important 13-run victory at St Blazey last time out, and are able to name a full-strength side for the first time this season when they travel to the coast to face St Minver.

St Minver welcome back all-rounders Neil Meneer and Andrew Barrett as well as opening bowler Dennis Brown. Shaun Hawken and Sam Hocking are also added to the side.

In Division Three, leaders Callington thirds head to Bude seconds shy of the services of Blaze Eigenmann and Charlie Coates.

However, such is the depth of their club, they have plenty of players to choose from. Young leg-spinner Harvey Poad is given a go, as is Michael Hodgson.

Bude were thrashed by Roche last weekend and with the bottom two — Werrington thirds and St Austell thirds meeting at Ladycross — they could be in the relegation places come the evening.

Boconnoc — fresh off a six-run win over Newquay seconds, entertain Ladock as they look to consolidate second place.

St Neot head up the A30 once again, this time to Launceston seconds who have lost their last three.

South Petherwin have improved in recent weeks, they go to Roche who will be full of confidence. Expect a high-scoring game at Trezaise Road.

The other game sees Bugle welcome Newquay to Sandy Lane.

Division Four East pacesetters Luckett have the week off, meaning Lanhydrock seconds and Wadebridge thirds will have the chance to close the gap.

In Division Five East, second-placed Liskeard, fresh off a seven-wicket win at previous leaders St Stephen, make the short trip over to St Neot seconds who have won two on the spin.

Leaders Pencarrow are the visitors to Tideford seconds, who are bottom. However, with first team availability much better this weekend, they should be more than competitive.

Werrington fourths make the trip down to mid-Cornwall to face St Stephen who are looking for promotion. Werrington travel west looking to bounce back from their defeat at St Neot last weekend.

Fourth-placed Tintagel are an outside bet for a top two finish, and they welcome their St Minver counterparts to Butts Field. Tintagel beat Newquay thirds last weekend by four wickets, with Newquay again on the road this week, this time at Foxhole.

With the first team three short, leaders Holsworthy seconds will have to dig in as they go to Saltash St Stephens seconds in Division Six East.

Launceston thirds are on the road to Duloe to take on Menheniot-Looe thirds who eased to victory over Boconnoc seconds last weekend, while Boconnoc aim to bounce back from successive defeats when they head to Gunnislake.