Woodland and vergeside blooms and forgetful squirrels with Ray Roberts 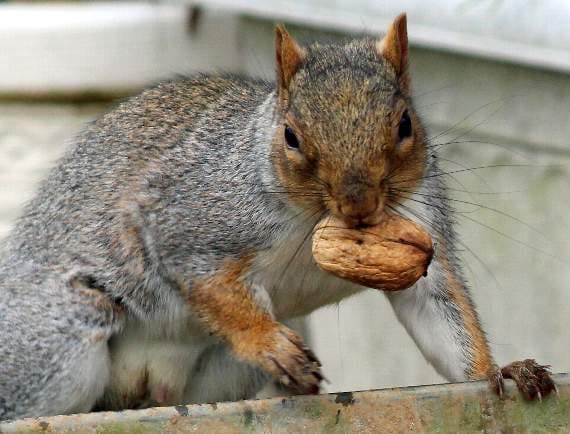 A squirrel with a walnut.

Photographer Ray Roberts finds in this week’s Nature Watch walk that despite the onset of autumn and chillier and wetter weather, there are still wildflowers in bloom brightening the hedgerows ....

Although most wild flower books say that red campion – Silene dioica – flowers from May to August, I still see them around the parish growing on the hedgerows, gardens and along the edges of woodland.

They have five deeply divided petals and their seeds come in small capsules that are easy to pick if needed home in the garden.

I noticed a tiny pink-flowered plant growing along the bottom of a south-facing hedge right beside a gateway into a small village field. There were loads of flowers and as far as I can tell it was a winter savory – Satureja montana – and is classed as a subshrub with rather leathery leaves that are used to season food. The plant is cultivated in gardens for that purpose and has a nice minty scent.

Consultation to improve safety along A38 begins

Partnership of Britain and France hosted by Future Farm

Walking through the corn stubble in one of the path fields near Quethiock there was some Oxford ragwort – Senecio squalidus – out in bloom. Unlike its cousin the common ragwort, this plant does not have numerous flowers and is so named after it spread along the line of the Great Western Railway, which was opened between Oxford and London in 1844. As with all ragworts, the plant is poisonous to animals.

There is lots of old man’s beard or travellers-joy, the white plumed seeds of wild clematis – Clematis vitalba – on the hedges now. Their woody climbing stems go right up to the top of the hedge and hang there as the seeds blow away in the wind. Back in the late fifties when I worked in a garage out near Looe Fork Road, a traveller, or tramp as they were then called, used to visit three or four times a year and all the mechanics would give him something from their lunchboxes as well as a drink of tea.

He told me his name was Wilf, that he and his roving comrades would pick a handful of seeds off wild clematis and rub them onto their arms and chest. This would produce a rash, so they would then call into a nearby cottage hospital where they would be given a bath, a meal and bed for the night.

In the morning the rash would have disappeared, so after breakfast they’d be back on the road. There is an old saying that ‘Beauty is in the eye of the beholder’, and walking along the hedge creep of a field after a shower of rain, I noticed a small furze bush with a rainy cobweb on it. Now, I know that it wasn’t a flower but it did look delightful.

I have been bringing home some walnuts which I throw around the garden and onto the bird table for our two visiting squirrels to pick up.

Although they eat some of them, most are planted in the garden and even in the lawn so next spring we have lots of young walnut trees that we give away – because the squirrels seem to have forgotten where they have buried them!