Appointment at the palace 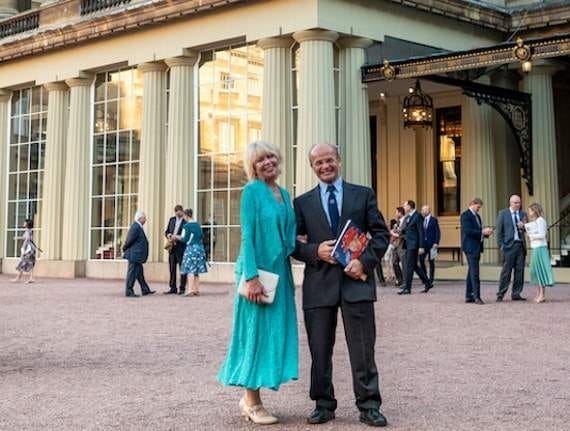 Two Cornish innovators had an appointment at Buckingham Palace - by royal command.

Ann and Harvey Bowden, the founders of Harvey Water Softeners Ltd, went to the palace to receive their Queen’s Award for Innovation last week.

They moved from Cornwall, where our water is soft, to Surrey. They found the Surrey water so hard that Ann bought a water softener. That was 43 years ago – and the start of their company.

Harvey, from Looe, plumbed Ann’s new water softener into their home and because he liked the results, set about selling water softeners. Harvey’s was the first water softener designed to fit under a kitchen sink with two cylinders that allowed for continuous softening.

Now he has his very own state-of-the-art factory making water softeners, more than 250 staff, and a turnover of £26 million with many awards and targets broken.

Harvey, who returns to Looe every summer, is also chairman of Cornish Tea and Cornish Coffee Ltd, a company run by his nephew Duncan Bond.

While talking to Prince Charles at the palace, Harvey took the opportunity to thank him for selling Cornish tea in his nursery shop in Lostwithiel.