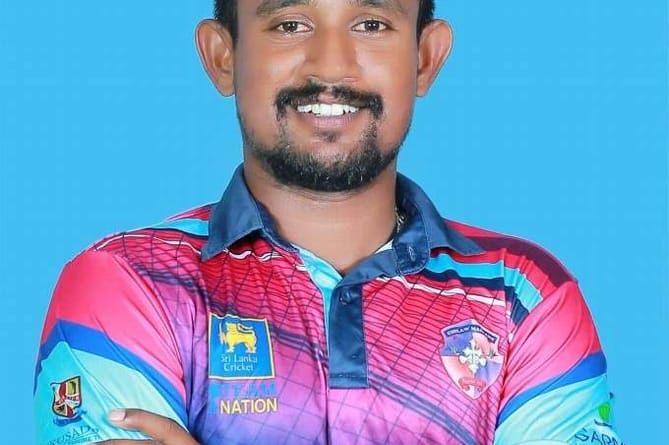 Buddhika, 31, plays for Chilaw Marians CC in his homeland and has amassed over 6,000 First Class runs at an average of nearly 43 with 27 fifties and 16 centuries since his debut in 2011.

He also averages over 20 in both List A and T20 cricket and represented Sri Lanka at the 2010 Under-19 Men’s World Cup in Australia and Sri Lanka A.

A gifted left-hander and handy off-spinner, Buddhika has spent three seasons playing club cricket in England before with phenomenal success.

He first turned out for Colwyn Bay in the ultra-strong Liverpool Premier League where he scored 767 runs at 42.61 apiece.

After a summer off he returned in 2019, this time for Bedfordshire-based Flitwick CC.

Cally first-team captain Joe White said: “We signed Rumesh because he fits the all-rounder role that we feel we require in our side. A guy that can bat time in the top order, and someone we can get ten overs of quality off-spin out of each week. He is an experienced pro that has captained Sri Lanka A and his domestic side, for us that experience is key. The fact he has already played a few seasons in the UK before and dominated was a big factor as to why we chose him.

“I will be looking to bat him in the top four and bowling him through the middle overs.

“From speaking to guys that know him and watching his footage, he looks like he can bat for long periods of time which is something we have lacked and missed as a batting unit. I believe he can definitely help us win more games and ultimately push us higher up the table this season.”

Buddhika, who is also a ECB Level Two coach, will keep himself busy throughout his stay.

White said: “He will be coaching our junior and senior members through the week, and staying in a self-contained annex in the heart of the town within walking distance from the club. He is also a keen surfer, so coming to Cornwall was very attractive for him.”

With Callington’s three teams in the top three divisions of the CCL in 2022, White expects more arrivals.

He added: “We have a couple of additions in the pipeline, nothing set in stone as of yet, but we are hopeful to strengthen throughout all three teams over the next few weeks.”