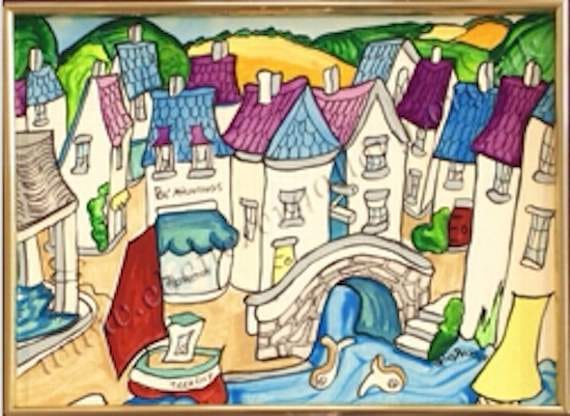 Two artists have teamed up for a new exhibition.

Celia Duncan and Joan Williams are showing their work at the Ebenezer Gallery, Polperro, from the October 16 to 29 each day from 10am to 5pm.

She first exhibited her work in galleries in Rye in Sussex. while in her teens. However her work as a scientist and lecturer took over most of her time during her working career until she retired and went back to her first love as an artist.

Throw Jelly Not Balloons at the Seaweed Jelly Bonanza

How photos can boost us

Her work (pictured) is influenced by what she sees about her in Cornwall and by the work of Cezanne, De Chirico and Monet. Her work has sold all over the world

Joan Williams was born in Surrey and educated in Devon, Middlesex and Melbourne, Australia.

She worked as an advertising designer for many years.

Many of her pictures are held in private collections throughout the world.