Hazmat suits needed for chemical mix up at Saltash pool 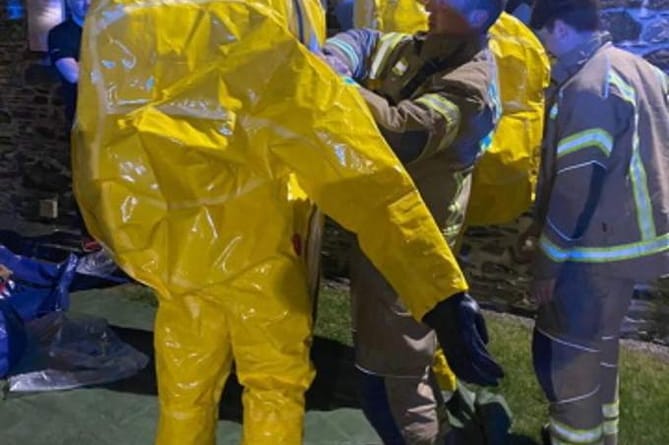 FIRE crews in hazmat suits raced to Saltash yesterday after a chemical mix up in the pool.

Officers were sent to Saltash in Cornwall to deal with the incident last night (March 17).

Fire crews from Saltash, Plymouth, Bodmin, St Austell and Launceston all went to the incident.

A spokesperson for Cornwall Fire and Rescue has said two crew members in hazmat suits were needed.

The fire service spokesperson said: "One pump from Saltash along with the ESV (Environmental Support Vehicle) Bodmin & St Austell were mobilised to a local leisure centre for a report of an accidental mix of chemicals in the pool area. Two breathing apparatus in Hazmat suits vented off the tank and made safe."

A spokesperson for Cornwall Fire and Rescue said: "In total, there are four appliances, one Environmental Support Vehicle, one Incident Command Unit, and two officers in attendance."

In an update given at 11.17pm, they said: "The incident commander has requested a Water Carrier to attend the scene. This has been mobilised from Liskeard Community Fire Station."

They added this morning: "CFRS were called to an incident at 9.25pm last night following reports of a chemical spillage. The scene was made safe, and there were no injuries reported. The site has been handed back to the occupier for decontamination work to be carried out."

Devon and Cornwall Police added: "We were notified of an incident and attended for a short time to support colleagues from the fire service."